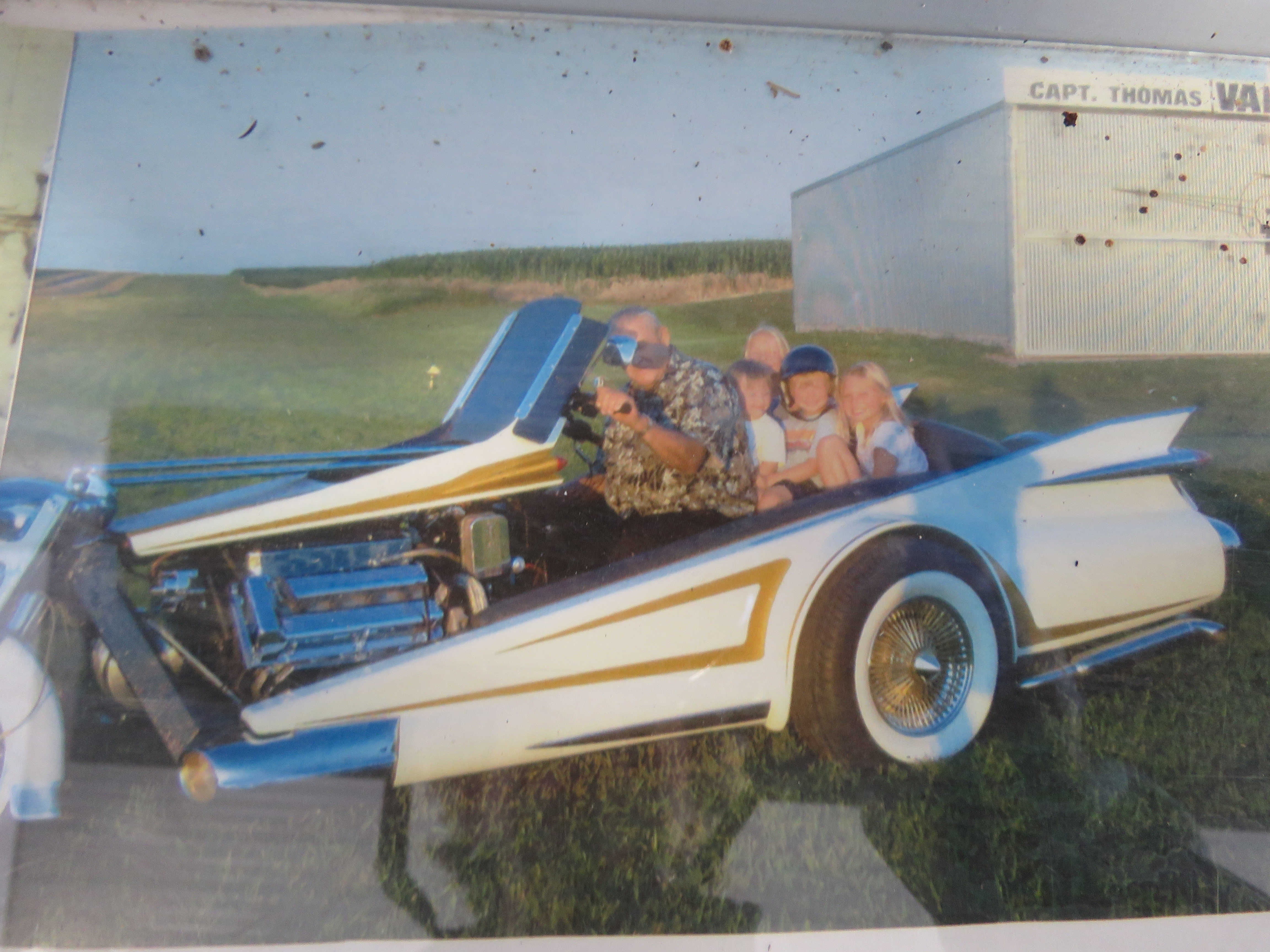 The Scripture says that Jesus is the ultimate architect and cornerstone of our faith. It is his salvation and scriptures that provides a stable foundation for our lives. As a builder and owner of a construction company, Gary Vanderpol knew that a good foundation was a key to success in life, construction and his faith were based on this premise. Gary was no stranger to hard work, following in the footsteps of his dad and grand dad, he brought this into his construction work. Gary liked cars, motorcycles and aviation. In high school he met his wife Pat and was known to have taken her and a car full of girls to Elvis movies! They were married and he took ownership of the construction company. The company grew and so did their family. It was this cornerstone of faith that was the foundation for their business and family.

Gary enjoyed driving heaving equipment like his scraper or bulldozer and it gave him hours of time for his imagination to develop plans for his next build. Motorcycles and cars were something that had given him that thrill of speed. Aviation followed and he acquired his private pilot’s license. He was constantly thinking of plans to build wild rides and something that nobody had, to start a conversation. In 1964 he built his first motorcycle trike that his imagination planned and Gary brought it to reality. Steve, one of his sons, remembers fast rides on his dad’s lap on the trike. More building projects gave more time for the inventions that Gary would build. He enjoyed going to shows, especially Sturgis Motorcycle Rally, to show off his creations. He enjoyed talking to people about how he built his wild rides. He enjoyed giving rides and also drag racing with the boys.

The business grew and so did their faith. Their son Tom gained his pilot’s license and was a pilot for Mercy Wings in Guatemala and flew missionaries into the fields. The foundation of their faith was strong but was shaken when their son Tom, who was co-piloting a DC3 and trying to land, crashed in Guatemala. Tom and others were killed in the crash. This was a tragic event for the family but they continued to stay strong in their faith and set up the Tom VanderPol Memorial Fund. Gary loved helping with Sunday School in Lake Andes, South Dakota and enjoyed the laughter and had a place in his heart for children. Every chance that he could, he wanted to “Save People” by spreading the word of the gospel. Whether it was by a plane ride, a motorcycle ride or even a wild ride in a car, making sure that the people he loved and met had the assurance of salvation.

Gary got prostrate cancer and even till he was too weak, he was creating a trac driven wheelchair for himself. His imagination and love of creating didn’t cease. Gary passed away in November 2020 and his family has decided to sell his collection. Gary’s love for the missions continues with his family and the money from the auction will go to the Mission fields through the Tom Vanderpol Memorial Fund.

The auction will be held on the family farm and will host the Motorcycle creations of Gary’s imagination along with collector cars, antique tractors, construction equipment, and rare WWII Airborne Crawlers to a Personnel Carrier. The auction will start at 9:30am and there’s no small stuff, so be on time for this great collection. The auction will be live onsite with online bidding. There is everything from a 1959 Cadillac to an actual 1966 Dodge Coronet 426 HEMI Project and the date coded 1966 426 HEMI in a wild Model T-Bucket Drag car! One of the creations is a BMW Isetta Drag car that was modeled after his grandson’s Hot Wheels he brought to life! There are many Motorcycle Trikes that are one off builds like a 1959 and 1960 Cadillac Motorcycle and Trike. Many of the iconic parts from these cars were used in the builds, especially those iconic tailfins. The collection has antique tractors and vintage to modern construction equipment. Where else will you see 3 WWII Clark Airborne crawlers and a Personnel Carrier the grandkids loved to play in.
So, plan to attend this auction or bid online for this wonderful collection, your bidding will further the Tom Vanderpol Memorial Fund and work for missions and building more foundations of faith for years to come. For complete inventory, video, and pictures go to www.vanderbrinkauctions.com.