All in the Hunt 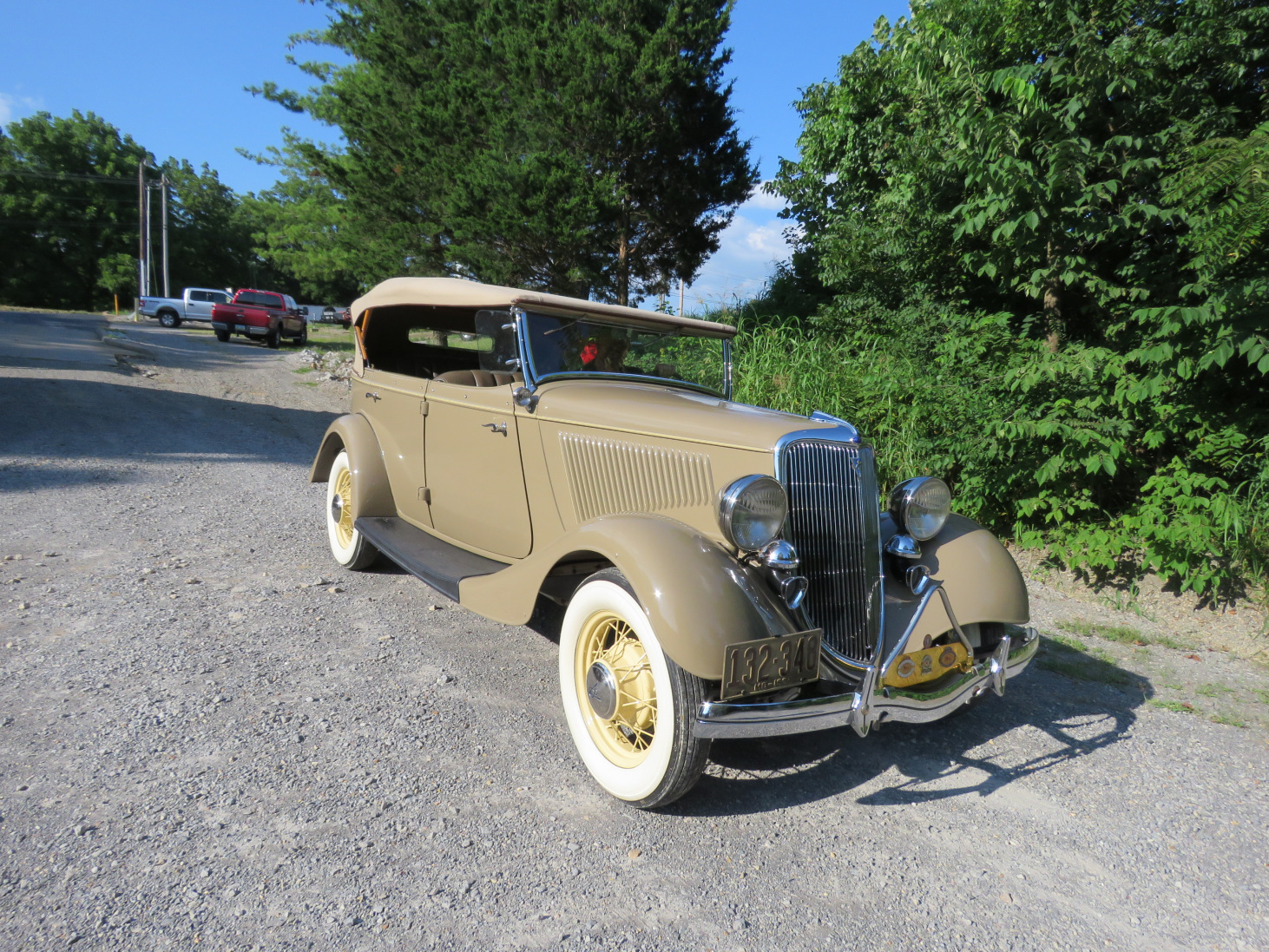 “All in the Hunt”

Growing up on the prairies of Kansas, Joan McPherson was used to small town life. She headed off to college and this country gal was instantly fascinated by Wayne McPherson. He was from Lincoln, NE and drove this “Hot-Rod” that was a collection of parts. He was in her class and it was love at first sight for Joan. This is where the hunt started. She had her eyes fixed on this wild Hot Rod man. She followed him to college and she knew she wanted this man as her husband. She was on the Hunt. They graduated college and Graduate school and got married. They wanted to be closer to home and went looking for teaching jobs. They started their lives traveling with a pup tent and the car. They went to SE Missouri State University and Wayne got the Job as a math professor and they offered Joan a job teaching Health Education. Wayne was always into the cars and Joan learned fast that if they were going to do things together, she’d better get on board with this hobby. This started the Hunts for treasures and big adventures .

Their 1st car was a 1965 Mustang Convertible. Wayne loved them Fords and they bought a German Ford and spent many days and weekends looking for parts. They went to a lot of auctions antique stores, and meeting people to buy parts. They bought a 1934 Ford Deluxe Phaeton that was in the basement of a house. The car sat idle for several years while they hunted around the country looking for the correct parts. They were at an auction and Wayne found the correct Sparkplug that he needed in a 5-gallon pail of spark plugs for $5.00 and this started yet another collection- Spark Plugs. Wayne and Joan while hunting for parts started collecting them and also all the memorabilia. In all before he passed away, he had accumulated over 6,000 Spark Plugs and many rare and valuable ones. They bought more cars and hunting for parts. They sent the 1934 Ford off to the restorer and had it professionally restored. The McPhersons spent many weekends winning awards with the 1934 Ford, including AACA, Dearborn, and Early V8 Shows. Joan bought Wayne a 1968 Mercedes 250SL Roadster brand bought new, Wayne loved that car.

Wayne and Joan had many adventures while hunting for parts and cars. Fishing around the world, traveling, and Joan even became learned how to fly a plane. Another hobby that Wayne and Joan did was photography. They were active fans of the SE Missouri State University Baseball team and spent many hours going to games and taking pictures of the players. They would put together albums for the parents and mementos for the players. They never missed a game. The team also appreciated them. They were more than fans, but friends. Joan and Wayne would throw a little banquet for players and parents. Joan is still visited by past and present ball players and active with the baseball team. Some of the boys have been helping with the auction.

Wayne was diagnosed with Leukemia and soon their adventures turned to hunting for the right doctor and treatment. Wayne passed away and Joan now has decided to move from the home that they hand built together, that’s another adventure, and sell their collections. The collection has Collector Cars, Stationary gas engines, and MANY pieces of Petroliana including a rare NOS Fisk porcelain sign and many other spark plug and related gas and oil items. Many of the treasures that they spent years “hunting” for together. Like Joan says, the adventures were always around gas and collectibles. There wasn’t an adventure that wasn’t. But most of all, their life was the biggest adventure and Wayne and Joan were luck to have found each other- true treasure and true love. Joan will be supporting her ball team and working on more towards an easier retirement. VanDerBrink Auctions, LLC will offer the collection onsite and online September 21st, 2019 at the Shadow Rest School just down the hill from the McPherson’s home. There are 386 lots of Petroliana, Collector cars including that award winning 1934 Ford Deluxe Phaeton, 1908 Buick, 1968 Mercedes, and 6 other vehicles. There are stationary engines, and Many pieces of Gas and Oil collectibles including pumps, signs, oil cans, and more. Come and “Hunt” to find your treasures and join us at the McPherson Collection Auction. Sept. 21st, 2019 at 9:30AM. For more info, catalog, and more www.vanderbrinkauctions.com.