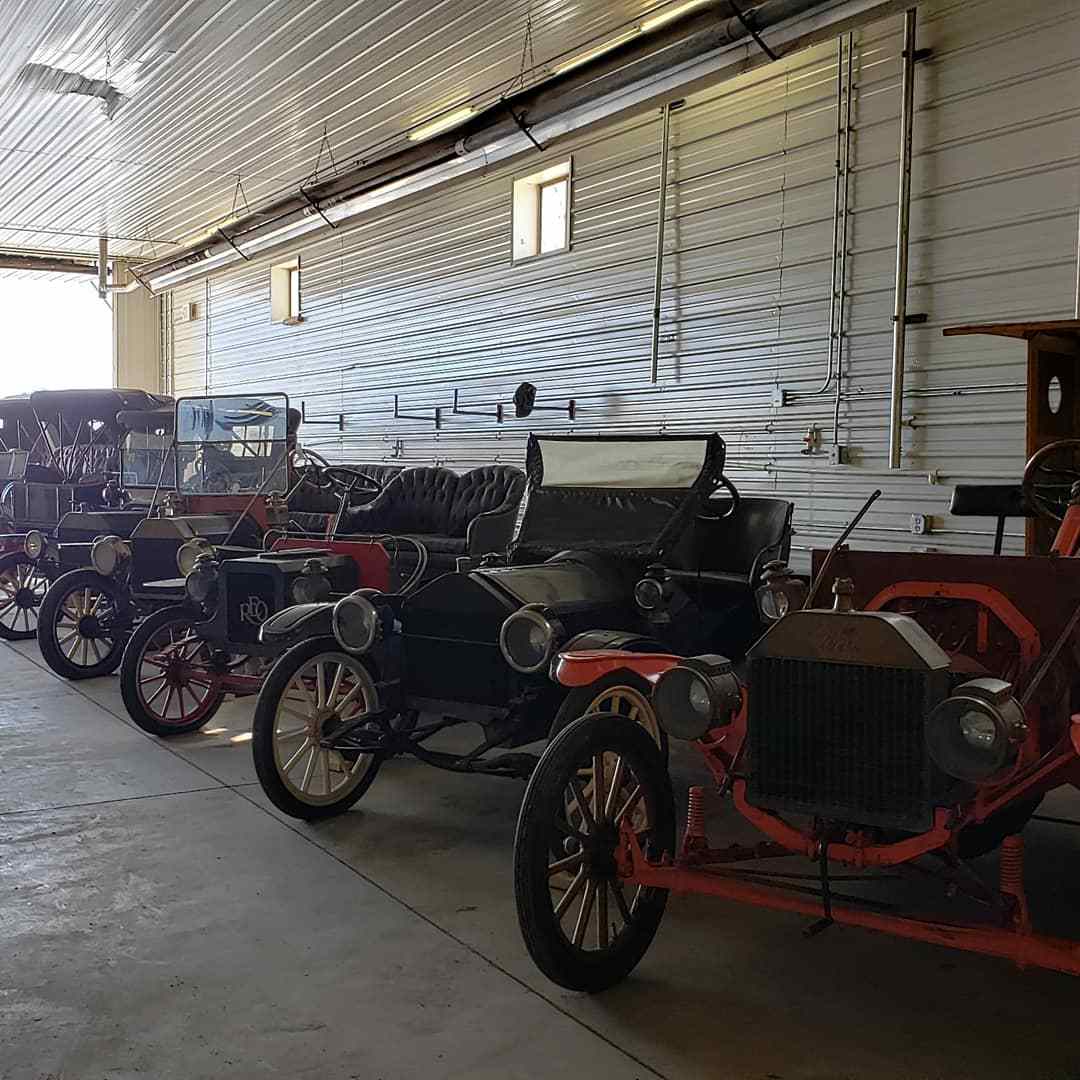 Roger “Bill” Dickenson couldn’t go anywhere in Elk River, Mn without greeted, “Hi, Mr. Bus Driver!” There wasn’t anything Roger Dickenson didn’t love more than operating his School bus Company and talking with all the kids in the area school districts of Elk River and Anoka, MN. He would greet them and make sure to encourage all the kids that rode his busses. The only other things, that he loved more than his Bus company and the kids was preserving the past and collecting. He was an avid member of the area Historical Society and loved to go to Swap meets.

The Dickenson kids all grew up working from an early age in their Parents Music store. When they were old enough, each of the kids started their own businesses. Roger’s brother had 3 companies and one of which was a bus service. Roger was looking for a business, and their Dad instructed his brother to give roger one of his 3 companies. Being a good son, he did. Roger got the Charter Bus company. He aggressively built the company into the premier bus service for Anoka and Elk River School District. He enjoyed all the kids and quite often would give them money when they were getting off the bus just for a “goodie”. The Land O’ Lakes Choir was touring and he bought a new bus and let them put their sign on the sign every time he chartered them so it looked like they had their own bus like the big schools. Roger and his buddies quite often would be found at the local Perkins talking about old cars and good ole’ days. They grew up working in their father’s music store and Roger kept his father’s love of music. In fact, many old phonographs and player pianos on the auction are from his father’s store. There is even a Rare Mills Violin Music Machine that is an award winner. Roger retired and sold his bus company and this is when his collection and love of old cars and motorcycles took off. Roger was a fixture at the Hershey Swap Meet in PA, and now with a load of cash, he could collect and buy more pieces for his collection. In fact, he loved the Hershey Swap Meet so much, that he asked his Niece to put a catheter in so that he didn’t have to stop for bathroom breaks. Of course, she thought he was crazy and that was not an option. Roger had always gone to auctions and swap meets and was looking to add to his collection. Over the years, he accumulated many Rare motorcycles and parts and early cars and parts.

Roger passed away Dec. 10th in 2017, and his family has been going through the collection for nearly 2 years. They came to his home to find Semi containers and barns packed full of cars, parts, collectibles, motorcycles, and much more. Little did they know, that packed amongst all the clutter were many rare projects and restored vehicles. In the barn that was nearly falling down, they pulled out many early Indian, Harley Davidson motorcycles including a Rare 4-cylinder Indian Motorcycle. There also are project motorcycles including RARE Wagner motorcycles that were made in St. Paul, MN. Pierce, Yale, Thor, and more frames and parts. The collection also has a collection of Brass Era Cars and parts up to early 1970’s vehicles. Car Companies that are merely a mention in encyclopedias can be found in the collection. A 1913 Carter Car, 1914 Saxon Runabout, 1906 Jackson Project, and more. There is even an unusual 1916 Woods Model 3A Mobilette Roadster. Of course, the collection has Ford Model T’s, A’s, and even a beautiful 1936 Oldsmobile Coupe. The collection has hundreds of brass lights, sheet metal, bodies, and a huge accumulation of years of collection.

It appears that Roger bought anything that tripped his fancy, there are slot machines, pinball machines, and many other collectibles. There is still more being found, and it is BEST TO BE IN PERSON AT THE AUCTION. There will be online bidding available on vehicles, motorcycles, and certain lots. VanDerBrink Auctions, LLC will be conducting the sale of the Dickenson Collection on July 20th & July 21st, 2019 at 9am each day. The auction will be held at his Brother’s buildings in Zimmerman, MN. It will be packed 2 days. With Vehicles, parts, and motorcycles being sold on Day 1- July 20th and the collectibles being sold on Day 2- July 21st. With the Spring weather being wet, it has made it hard to get ready and the family and auctioneers are still finding and cataloging. There are still unfound treasures. You won’t believe this amazing collection, but YOU WILL WANT TO BE IN PERSON TO BID AND SEE ALL THESE RARE AND AMAZING things and vehicles. You will want to plan to be at this one, it’ll be your only chance to see collectibles, vehicles, and bikes, of this nature. For more information, pictures, and more about this auction go to www.vanderbrinkauctions.com or call VanDerBrink Auctions 605-201-7005.