For the Love of the Ole’ Fords 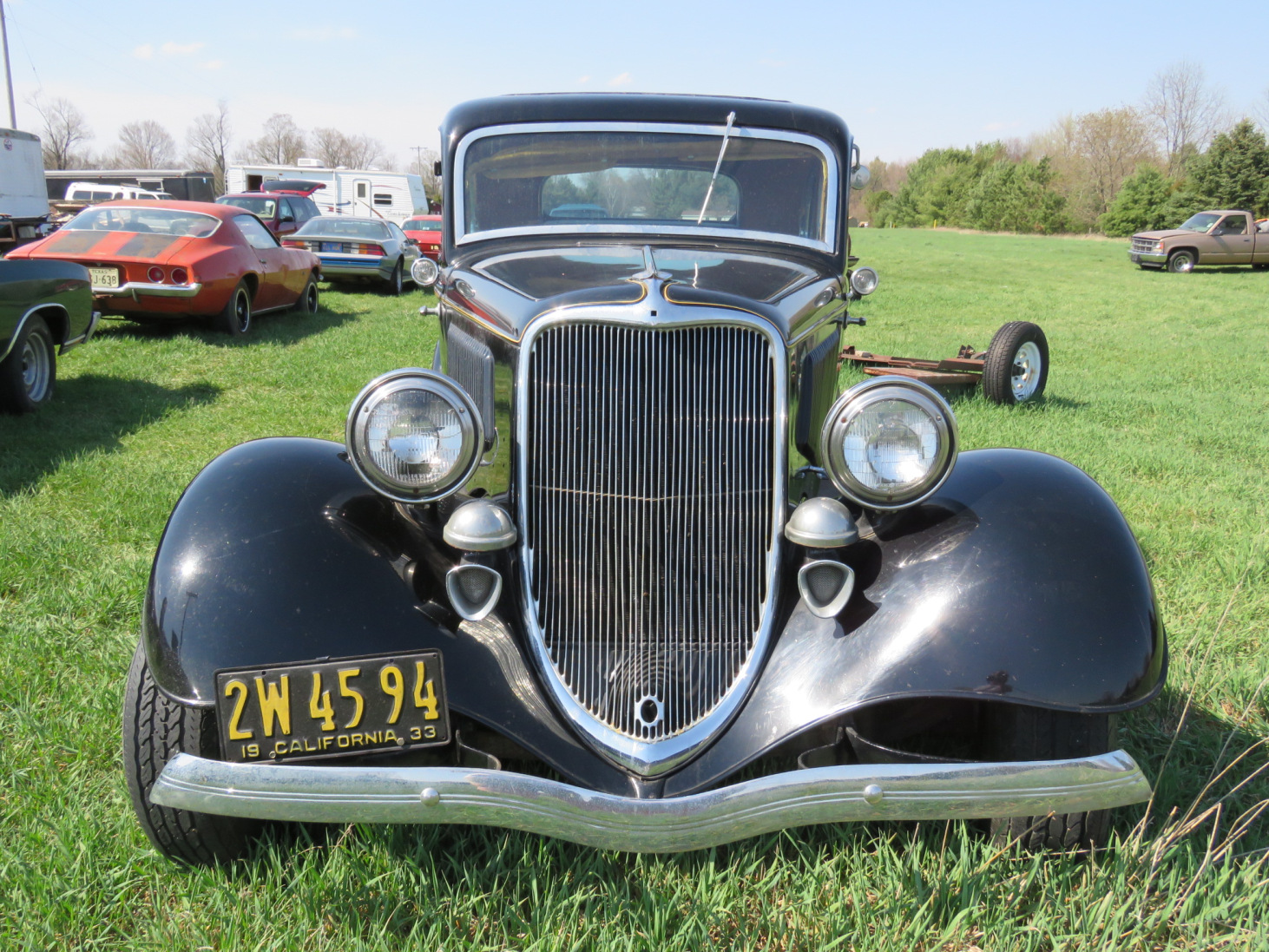 For the Love of Them Ole’ Fords

I have to admit; this GM gal has a dirty little secret. I love the 1930’s Fords. Yep, I even have a pink V8 tattooed on my left ankle. I grew up with Chevrolets and I never really saw or was around any of the old Fords. I remember seeing them in the junk yards when we went with Dad for parts. My Grampa Johnson had an old Chevrolet Pickup in the Corn Crib. I remember sneaking in there and looking at it. It wasn’t till I got married to Mr. VanDerBrink, that I started looking more at the prewar car and trucks. I would have to say, that it was history and being a little on the wild side, that drew us together. When we were dating, we’d drive around and talk for hours about old cars, tractors, and growing up on the farm. When he found out my Dad had a salvage yard, well that was just a bonus.    We bought an old acreage and started fixing it up before we got married. Heck, we were working on it right up to the wedding. I even tore the tag off my dress before walking down the aisle. When we were moving in, Steve came driving in a 1955 Chevrolet. I didn’t even know he had it. To make some extra money, we’d buy old tractors and Steve would fix them up and we’d sell them. I went to a lot of farm sales and bought tractors. When I was on maternity leave, I spent a whole summer reading about the 1930’s and more about the era of the tractors we were buying. I was on the board of a threshing show in South Dakota, and I was doing radio when I man called the station and said he had an old truck for sale. Steve and I went down and bought it. A 1939 International Pickup. Steve restored it and we still have it today.

When I started auctioning, some of those early Fords were the first that I sold. I was captured by the sleek lines and when I was listening to my sellers talk about them and the owners, my mind would wander and think of all the history. Not just the history of the owner and the car, but the era that the cars were from. It brought into clearer focus the stories that I had heard from Grampa Johnson and when we went and saw my Uncle Irvin Nordstrom on the ole’ Nordstrom Home place. But it really wasn’t till I did a sale for my buddy, Lloyd May, when he had a 1934 Ford 2dr Sedan on his sale. Lloyd and Cheryl loved that car, it was their Bonny and Clyde car. I listened to him talk about why he liked that car and yes, more about history. It was because of Lloyd May that 1934 Fords became one of my favorites. At the auction, my husband bid on the car, but stopped. We looked at each other, but watched it sell to a happy couple. WE still kick ourselves today, for not buying Lloyd’s car.

Since then, I’ve sold hundreds of 1930’s Fords and one of these Days, I’ll get one. We did get a 1941 Ford Sedan. I have to tell you, I thoroughly enjoy driving around with Steve and visiting. While we didn’t grow up in that era it reminds us of the stories we heard from our grandparents. Steve’s Grampa was building Highway 75 in Rock County, Mn. when their farm was wiped out by a tornado July 9th, 1932. His Gramma told us about that the kids told her it was a train and that she was afraid of storms. I have the picture of the farm in my kitchen after the disaster. I enjoyed listening to my Gramma Johnson talk about the Dirty 30’s and living on the farm by Garretson. I remember her talking about when John Dillinger robbed the bank in Sioux Falls, South Dakota. She talked about what it was like when Pearl Harbor was bombed and politics of the day. Her brother Merlin Dubbelde was in the 101st Airborne and occasionally told stories about WWII. My Gramma Leona would tell stories about growing up by Parker, SD and meeting Grampa Nordstrom and when he got started in politics. It was tough years, but tough people, family, the history that made us. A generation that had taught us family first, faith, and morals. So when I look at the grill on those beautiful Fords it makes me think of the stories and people that I’ve known and met through the years. But most of all, it reminds me of my grandparents and all those memories. Just like I always say, it’s memories that make cars special and the collector hobby so awesome. It’s all history and history is what makes us.