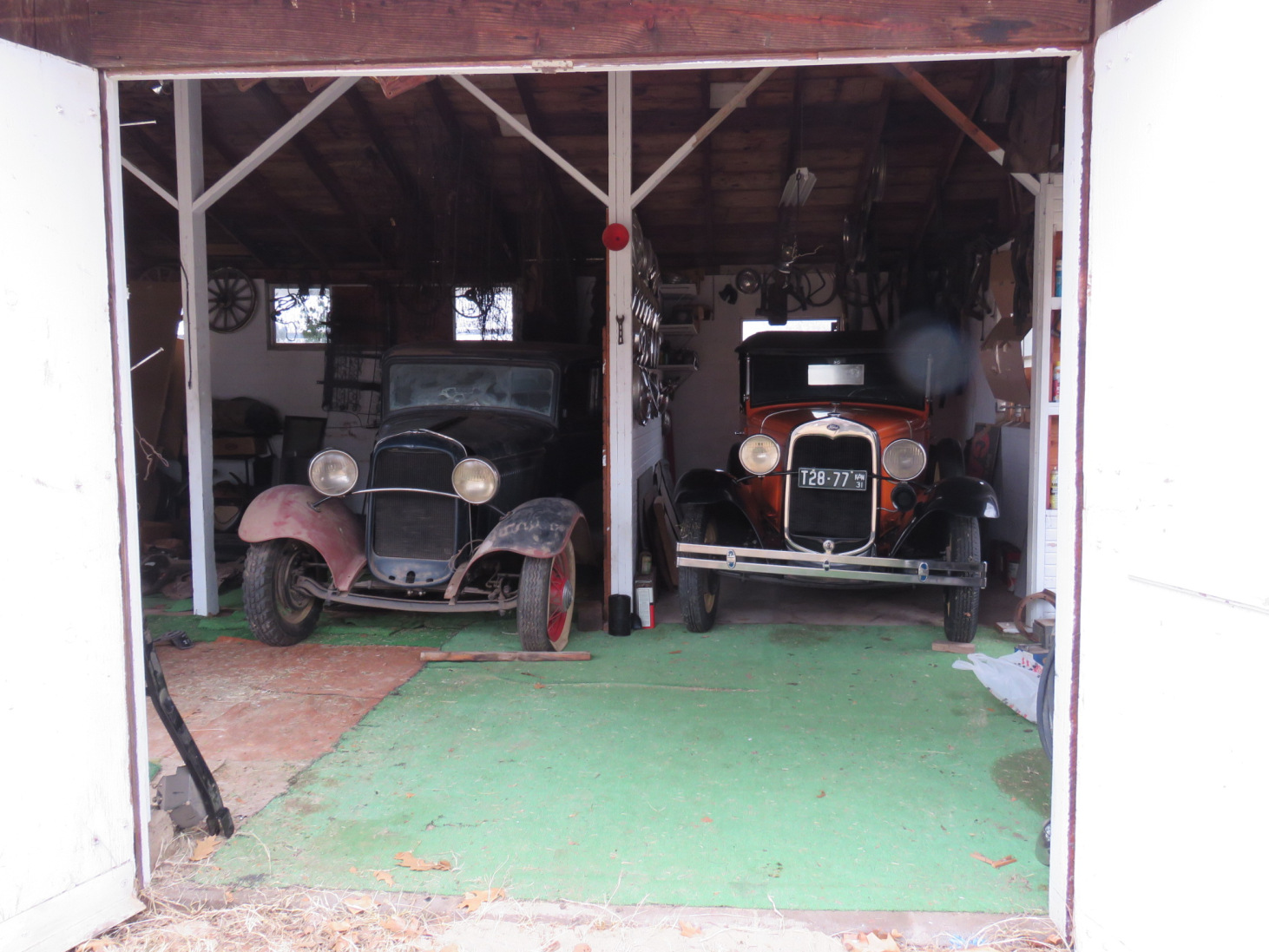 “For What It’s Worth” … The Harry S. Lee Auction

Harry Lee loved Ford Cars and was always willing to give him opinion. IN fact, if you were talking cars or at a swap meet and heard Harry Say, “For What it’s worth.”, guys knew that they better pay attention because it was more than likely a statement of truth or a correction to the topic of conversation. Harry’s love of cars started when he was very young. His Dad was always moving around and he grew up in various locations. While in Minneapolis, he would ride his bike down to the Ford plant and look in the widows and watch them make them beautiful Fords. Harry noted in his journal, he remembers taking a daily journey to watch the cars being made. It was the depression and the Work Programs were going on and building was everywhere. Harry would sit and watch the Steam Shovels digging basements and loading the dirt into a string of Ford and International Trucks. He spent hours drawing the scenes that he saw and now the drawings are treasured by his daughters. He bought his first Ford when he was a teenager, a Model T, with a high school friend. He sold that car to his sister and bought a 1933 Ford. Harry went to College for engineering and then went into the service. During the service, he was working in a special division with radar. He left the service, got married and started engineering jobs in various states. He had met an Iowa gal in college and they got married. His bride, Jerry, went with him to several jobs before they settled in Wichita, Kansas and he got an engineering job at Boeing. With a good job, he was able to start buying cars and parts. His Wife, Jerry, knew he had a car that he worked on, but when they moved to a house with a shop and some land, pretty soon a string of tow trucks started to bring in car after car and a hoard of parts. His daughters, knew they didn’t go in the shop and figured out early that all that stuff was Dad’s special treasures. The 1933 Coupe and Roadster were bought early on. The 1950 Ford Convertible in the auction was driven by one of the daughters to school on occasion.

Harry had an eye to detail being an engineer and would catalog carefully and research the correct parts for his restorations. Harry was never shy to give his opinion when it came to Fords, and it was well known that he had a stash a car and was always willing to give information to a fellow Ford man. They say beauty is in the eye of the holder, and Harry’s wife, Gerry, didn’t share the hobby and love of cars like her husband. She would sit at the kitchen table and her view was a yard full of cars. To her, her view was obstructed with ole’ junk cars. When he retired from Boeing, she surprised him with a pickup to help him haul parts and maybe help move them out, too. As the years went on, he was constantly reminded from Gerry that something had to be done and she didn’t want to get left with all that stuff. He knew a lot of people and did sell a large bulk of the collection several years back to appease his wife and relieve the burden of possibly selling it off. Harry was still worked in the garage and loved to give out information and go to swap meets and talk cars. He passed away over year ago, and his daughters finally got to go in the sheds and see what their Dad’s treasure was all about. It was overwhelming and called VanDerBrink Auctions, LLC to help sell their father’s collection. The Auction will be held at the home in Wichita Kansas and many lots including the vehicles, some parts, memorabilia, and literature will be also held online. Several of his vehicles are in the collection including a barn fresh 1932 Ford Tudor and Rare 1933 Coupe and Roadster Projects. The 1950 Ford Convertible that they drove occasionally to school along with Harry’s Treasured Model A Roadster Pickup will be on the auction. There are also early Ford parts with 1932/3 that will be only for onsite bidders. The collection also includes toy trains, memorabilia, and a wonderful selection of automotive literature. So, come and celebrate Harry Lee’s life and collection and, “For What it’s Worth”, I’m sure you’ll go home with some wonderful treasures. Plan now to be at the auction at their home in Wichita, KS and if you can’t bid online! For more info on this and other auctions.