Down on the Farm..James Graham Collection 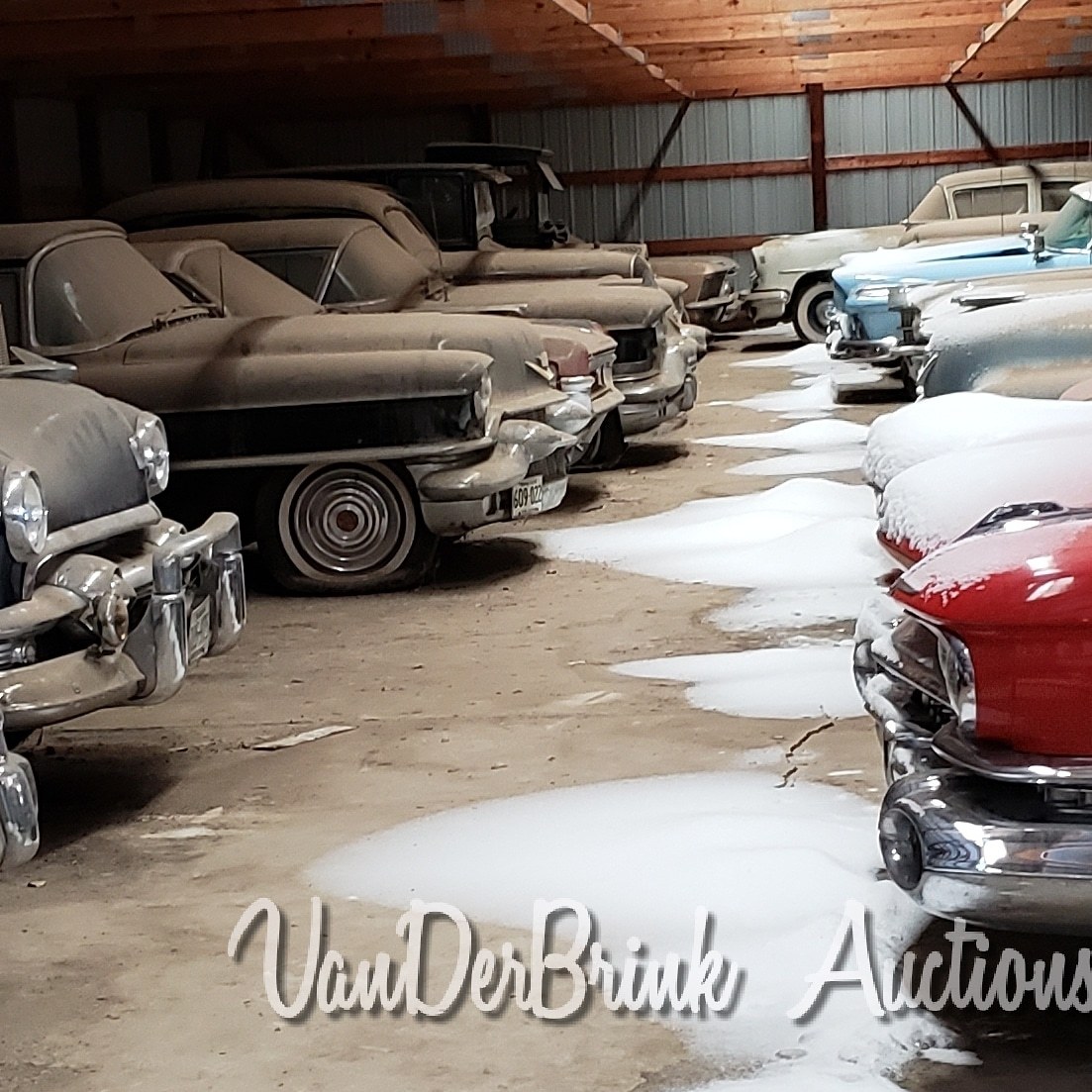 “Down on the Farm”. The James Graham Collection

James grew more than wheat, corn, and soybeans on his farm in Traverse County, Minnesota. James was also growing a bumper crop of GM Convertibles, Ford, Mercury, and of course Graham trucks after his namesake. James Graham grew up on a farm in Browns Valley, MN and like any boy, was fascinated with cars and trucks. In the spring of 1952, He joined the Marines and came back home to farm. James was always out for a good time and, let’s just say was a wild Minnesota boy. He loved cruising in cars and a good drink and pull tabs. There was a share of women, but none of them stole his heart like the hunt for an old car or tractor. His first find was a 1934 Ford Coupe that he cut the top off to have a “better time” cruising with friends in the Midwest sun. He loved fishing and well, buying stuff.

If it was something that tickled his fancy, he would buy it and then go get it or send one of his friends to go pick it up. It really didn’t matter the flavor, if he liked it or wanted it, he bought it. IN the collection is everything from John Deere, International, Allis Chalmers tractors to Avon Collector car bottles. James had a thing for convertibles and there is a large number of them in the collection. A 1959 Cadillac Convertible, 1959 Chevrolet Impala Convertible, 1964 Chevrolet Convertible, and many other GM convertibles. He loved to find anything that has his namesake and there are several Graham Trucks in the collection. Many pickups, sedans, and hard tops are in the collection. They vary in condition from Restored Vehicles to many, many original, barn fresh cars and trucks. Farming many acres, the tractors in the collection came naturally. Now when we said that James bought anything, we mean it. The collection also contains a collection of about 1000 Collector Decorative plates, Jim Beam Decanters, Avon Bottles, Die Cast toys, and more. James couldn’t wait till the UPS guy would show up with more boxes and treasures. The guys tell me that they would get a call from James and tell them he had a car to pick up in California, Illinois, it didn’t matter where, he just wanted it to join the crop of iron in Minnesota. One of his favorite cars was a 1951 Ford Convertible. He never bought one, but went to Chicago to buy one and was jacked around all day by a seller for nothing but a dead horse. It wasn’t just private purchases, James love to go to auctions. He liked the fact that he could stand there and bid and buy what he wanted. If he didn’t get it, he “would make the other guy pay!”. He always was more than willing to tell you and show you, that he was a “boss” and bought like one, too.

Being a farmer, he had lots of building to put his collection. James love the fact that he cold walks in the buildings and drive anything he wanted and walk the rows of his bountiful harvest. IN his 80’s he fell and became disabled. This didn’t deter his love of driving. He fitted his pickup and some of the farm equipment so that he could still drive. As the years went on, it became harder for him to get around and relied more on friends and his hired hand in the farming. The cars started to accumulate dust in the sheds and less days in the sun on the Minnesota and south Dakota roads. James eventually was placed in a nursing home. Most people would not like the change of address, but James didn’t mind and all the nurse attention was appreciated. The guys would come up and give him a ride in one of his cars all the way till he couldn’t any more. James passed away and left the task of dispersing his enormous estate. The executors were getting ready for the funeral and talking with the undertaker. They were talking about all the cars, tractors, and trucks. With a referral from the undertaker, they called Yvette VanDerBrink, VanDerBrink Auctions, LLC to work with the collection. Yvette took and beat one of the blizzards from the winter of 2019 to meet and look at the collection. “Total Amazement, building after building. It was totally exciting,” said Yvette. The task of cataloging, pictures, and videos will start shortly and soon the world will see this bumper crop of amazing iron. The auction will be held at the farm in Beardsley, MN and also online for everyone to have a chance of this amazing collection. Day 1, Friday August 9th, 2019 will be the antique tractors, Jim Beam decanters, die cast toys, and farm equipment. The auction will continue on Saturday Aug. 10th, 2019 on the farm and online with Approx. 100 amazing collector cars and trucks. This is an amazing collection and you won’t want to miss it. For more information on the James Graham Collection www.vanderbrinkauctions.com or call VanDerBrink Auctions 605-201-7005. See you at the auction!