Will the “Green Deal” Make Your Classic a Dinosaur? 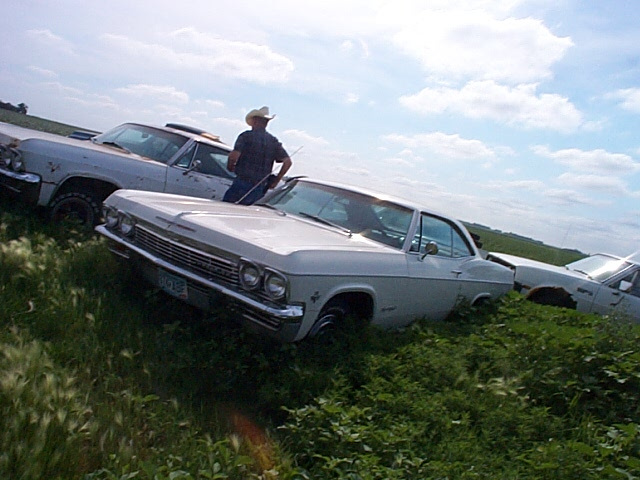 Will a “Green Deal” Make Your Classic a Dinosaur?

Who doesn’t like the roar of a GM 396, Ford 427, or the purr of a 426 HEMI engine? I know, It’s music to my ears. But it appears that sweet sound is like fingernails on a chalkboard to other people’s ears. There’s a group of people that want to make these roars of horsepower become the next fossil along with the dinosaurs. Unless you’ve been living under a rock, you more than likely have heard rumblings on the news of the Freshman Representative Alexandria Ocasio-Cortez or AOC and her “Green New Deal”. The bill not only wants the Country to be totally, 100% renewable energy, but goes as far as the elimination of the internal combustion engine, no air travel, and even controlling farting cows with an unimaginable estimate of 7 trillion dollars. Total elimination of fossil fuels. Even in my own state, Minnesota, DFL Jamie Long introduced HF700 that wants to make MN 80% renewable energy by 2035 and 100% by 2050! Now “saving the environment” isn’t a new thing. I can tell you this, when I was in 5th grade, in the 1970’s, I was big into science, still am. Back then it was saving trees and paper use. I can tell you, not only was it an education into other viewpoints, but also one of the most embarrassing moments of my life! My Dad was talking to some guys and one of them had a T-Shirt on with a “funny quotation” that I thought I would bring my viewpoint to. I learned my lesson fast that day, that I fully didn’t understand all the issues. Just as I didn’t understand the true meaning of the guy at the salvage yard’s shirt with a tree and a let’s say a wood eat ‘in varmint… I’m not saying no more, but it was a long ride home in the truck, with Dad’s blunt explanation and telling me to know my issues.

That embarrassing moment lead me to look at various viewpoints. But seriously, this legislation is a WAY too far. I’m all for a happy mix of green energy and oil, but don’t go forcing this on everyone with no options. The internal combustion engine was patented in 1876 and changed the world forever. Not only did this engine usher in the industrial revolution, but the development of the automobile, manufacturing, defense, and more. The automobile lead to many social revolutions and allowed the common man to expand, travel further than the horse allowed, and also socialize. This amazing history created millions of jobs and created the hobby that we all love so much. Automobiles are a status symbol and reflection of the individual. Can you imagine Elvis without a Pink Cadillac? How about Smokey and the Bandit without the Trans Am? Animal House without the Lincoln Continental Cake of Destruction! I didn’t think so! Already insurance companies tell us that we can drive our classics only 2500 miles per year. Various Emissions standards make it hard for our classics. It seems that classic cars are being thought of as a part of the “old energy” past by certain groups. They should be revered as icons of progress. I called my MN legislature and got the response, “We don’t care about those old cars. They pollute the environment.” Well, that just made my hair stand on end. In 2009, the federal government had the Cash for Clunkers Program to get people to buy more efficient vehicles and stimulate sluggish vehicle sales-post recession. Our family owns Nordstrom’s Auto Recyclers in Garretson, SD and was a participant yard in this program. Nordstrom’s got the trades or clunkers from area dealers. Over 1700 vehicles were drove in and destroyed. Dishwashing Soap was put in the motors to seize them. MANY square body Chevrolets, F150 Fords, Monte Carlos, Cutlasses, and more fell to this. Thousands across the US. My brother, hated the program because ALL had to be crushed. He donated the money to feeding the homeless in our area. It also created a shortage of certain parts and increased used cars prices.

Electric vehicles have been around since 1832 with the invention of an electric carriage by Robert Anderson. Tesla and others have been working to develop electric vehicles hoping consumers will enjoy to drive. One problem is, the lack of design and joy of driving, has made a group of the population that feels a car is just a tool to go from A to B and disposable. The big 3 have been working to bring back the joy of driving and future of collecting with the Challenger, Demon, Camaro, Mustang, and others, but what will the future of these wonderful joy to drive cars be with this group think? Tesla has made some wonderful electric cars, but even the electric cars have faults, Mother Nature. The Star Tribune, noted that during the Record Cold of the Polar Vortex last week that Tesla drivers noted a 40% decrease in driving distance due to the cold draining the batteries. That’s not very far. But I jumped in My 2019 GMC Duramax and drove easily, with lots of power, to ice fish in Northern MN. I live in a farming community and are they thinking about this industry? There is already hard enough time with prices. Replace all the Semis and Tractors? Expensive batteries? Wait to charge and limited distance? I don’t know. But I do know, everyone should pay attention and not sit by the sidelines. Call your legislatures, write letters, and let your voice be known. Like I said, I don’t mind a happy mix of Green Energy, but I don’t want to be forced to park my dream cars, or worse yet, have them a static display as days gone by. I don’t want to lose my pulling power of my Duramax. To me, a vehicle is not just a tool for going from A to B. I love to drive, I know you do too.