Technology and the Car Hobby 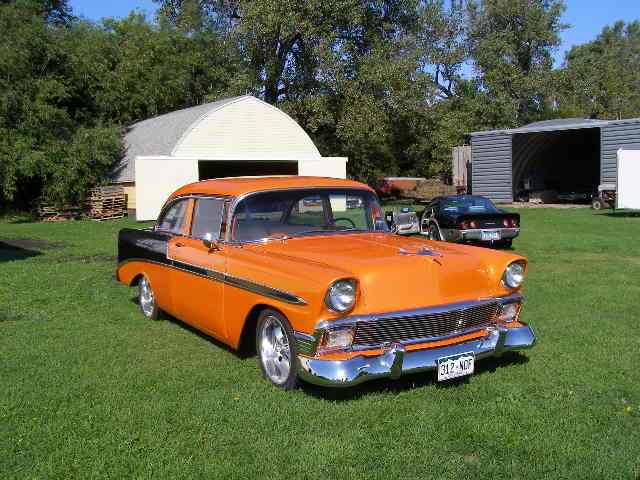 Technology has changed the Car hobby

With Technology changing almost every aspect of our lives, it’s no surprise that it has entered into the auction arena. Oh trust me, the days of searching garages, barns, and talking to the guys at the gas station aren’t gone and never will be, but it’s a fact that technology has changed how we work with collections and also guys finding cars. You can’t get the same thrill of finding one online as compared to finding that lone barn find in the middle of no where. The internet has taken away that thrill of the find. But they and I give, you all kinds of cool pictures of things we’ve come across.

We have been conducting our auction online since 2004, and promoting auctions online with our website even before that. We have seen the influence of technology. VanDerBrink Auctions, LLC is able to reach more buyers for our sellers and in turn more money utilizing the internet. It’s an amazing advertising tool. Information and pictures are right at your fingertips. The fact that buyers can type in key words to google and boom, find multiple items matching their descriptions. VanDerBrink Auctions has taken this by the horns and ran with it. I once got called a techy car geek- I’ll take that as a complement. When we started doing online auctions, there weren’t many companies to work with. One of the first ones we worked with was through eBay. It was a headache and we DID NOT see as many qualified buyers and often inexperienced buyers. That experience left a bad taste in my mouth towards Ebay. Trust me, I buy things and occasionally sell on there, but not often. The internet has let people now have a virtual garage sale and even sell the cars in the garage. With Ebay, at first it was reasonable, now it’s cheaper and more beneficial to have a professional auctioneer that is a savvy marketer and give the seller’s their day in the sun. We are able to reach more people than this venue most often. EBay and Craigslist also brought out the worst of people to the virtual marketplace. There are people still scammed on eBay, Craigslist, and other venues. Most car buyers still deal in cash and love that hunt for the next treasure. One of the biggest scams was a HEMI Cuda was advertised in the Plum Crazy Purple and many rare and wonderful options. They bid and bought online, wired the down payment, and went to get the car. When they got there, there was no car, and not even a real property. It was reported and the Feds tracked down the culprit and get this, they had professionally photographed a TOY DIECAST car in a background. Needless to say, the buyer lost out the deposit and a would be valuable car. This wasn’t the only time, where digital pictures and fake adds have taken buyers. Scammers have gotten very good at learning how to take your money. They know the affection for those old cars and that there is often memories and feelings involved and buyers will stop at nothing to get that car of their Dreams. Craigslist also has had many scams and in fact multiple murders involved with buying of old cars. In July of 2015, an older couple was searching for a 1966 Ford Mustang. They found one on Craig’s list and took cash to meet the seller. The couple never returned and was reported missing. Their vehicle was found in a lake and the couple murdered. The suspect was caught and processed for their murder. I have bought items off craigslist, but always have that story in the back of my head. Now most people that you encounter are on the up and up, but you have to remember that greed drives people to do crazy things.

Social Media has also influenced the hobby and selling of collections and cars. Facebook, Instagram, and YouTube have opened up a cornucopia of options for sellers and buyers of collector vehicles. I myself, use all of them and love to interact with my buyers and sellers. I’ve had several videos go viral with our barn finds and yes, the infamous Lambrecht Collector Car Auction in 2013. That started with a story and a video. I heavily promote for all my sellers. The internet has made some people very wealthy and also let the State governments know who’s selling cars and maybe should be a dealer. Trust me, they watch. But most of all, it gets a wealth of information into the hands of buyers and promotes our sellers.

I quite often have sellers that don’t have large collections, and this is where the ONLINE ONLY auctions work exceptionally well. We are able to market their collection, and competitively sell them for good prices. We have sold many 1959 Cadillacs this year in Online Only format and with great success and high prices. VanDerBrink Auctions uses technology to reach thousands of people in seconds for our sellers. It’s amazing. There is nothing, nothing, that beats the atmosphere and excitement of an onsite- in person auction. We do these with Online bidding aspect and lets the world come to your auction. At a VanDerBrink Auction, on average about 26% sells to online bidders, but we see prices increased by as much as 38%. Most of all is the exposure and it give ANYONE no matter where in the world they are the chance to bid and buy the car or truck of their dreams. We sold some rough 1957 Chevy Convertibles that went wild and sold to Dubai, Amazing! I got pictures of them, and they are enjoyed and beautiful. In this age of technology and instant gratification for information, you can’t just sit back and wait for buyers to come to you anymore. Newspaper readership is down by 45%, many publications have gone digital, and over 60% of people get their information/news from the internet. Facebook has captivated over 1 billion users. Through effective advertising for our sellers, knowing these trends and keeping a captive audience and social media presence along with traditional medias, VanDerBrink Auctions can get your auction right in front of the right bidders and bring them to your auction and make you the money. But just one thing to remember that technology does benefit and inform, but you do know also when to just go back and have a good ole conversation and talk cars over a pop or beer. That’s still the best way to communicate and have a good time. There is nothing compared to face to face conversation and interaction. We just can’t replace that and no way that it should be. So see you at the next VanDerBrink Auction and say Hi, and let’s shake hands and talk cars! If you’re looking to sell, VanDerBrink Auctions has the means to get your collection in front of the right buyers. See you at the auction!