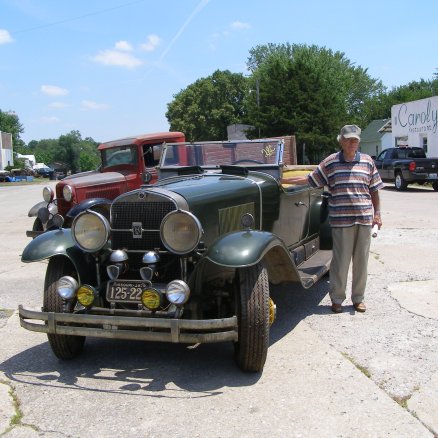 Who Gets The “Kids”?

Just like in a divorce case, quite often the “cars” and the “collection” can get caught in the middle of a firestorm. Just like in a divorce, it can get “hot” between the family and parents. I have worked with some estates like this. As an auctioneer, we are the official problem solvers. We go in with an honest, open, and fair method- the auction. I love my job, and as an auctioneer, I need to look out for the best interests of the “kids”- the cars. I grew up with cars and my Dad was a collector and I understand how this situation can happen. But as an auctioneer, we are the official problem solvers. It’s out job to do the best job for the family and obtain the best results and turn the assets into cash.

We have worked with many collections and families. We’ve had siblings that wanted the same car and couldn’t sort it out, and the auction is fair, open, and they get a chance to bid and buy their car in open free and public environment. Often, they aren’t actually paying, but it comes from their share of the inheritance. The auction method also sets a basis for the estate for probate or the trust for tax and asset evaluation. I have seen and come into collections where the family or friends were selling and they didn’t get enough money for the estate. I did an auction in Nebraska where a friend had sold 31 vehicles for a widow over several years. He was a family friend, and he sold them and gave her the proceeds and took a cut. We sold the last of the collection and 1 of which was a 1932 Ford 2dr Sedan. It was rough, but all there. We sold the car at auction for $42,000 and I looked over expecting to see a happy response with our widow and she was crying. I thought tears of joy, well they were, but then she informed me that the most she had gotten for the others was under $20,000 and they were better! I later learned, the friend wasn’t a friend and in fact kept a large part of the proceeds. She would have made thousands with adding them and calling us right away and having the auction. All over money- Greed. I can say that in the last 5 years, I have seen more cases of where the cars were caught in the middle and not truly wanted, but with the atmosphere of the car shows, TV shows, and recent good prices, this “fake” compassion for the cars was actually greed for money. It wasn’t the loving memories of their Dad or Mom, but cold hard cash that was just sitting in the shed.

Most people don’t know, that we actually had this happen with our Lambrecht auction that we did in 2013. A lot of my Day 1 inventory was relocated by a person that was “helping the family” and the family had to pay a storage fee, I say ransom, to get them all back home for the sale. But I, worked with the family and we got them all back together to tell the story and help the family and have the hugely successful Lambrecht Chevrolet Auction. I had another auction in Ohio, that I had to throw the sister and her husband off the place and out of the auction for disruption. Later I had to testify for the court, as we caught them on camera stealing items from the auction. Just recently, I went and visited an estate where the older man has a great collection and he is sick. He never had children, so his cars and tractors are his kids. He was a gently soul, and a joy to visit with. Him and I walked through his sheds and talked about his cars and tractors. It was really fun and I already knew that he needed an auction. There was family, but they didn’t really come around or associate, TILL several weeks after he was diagnosed! Wow. That’s just wrong in my book. I witnessed, “Fake Care” and they were vocalizing their plans about his collection. They had no idea what they were looking at, how to market, and in fact, had it written on a piece of paper, he had not seen, as to how much he would get if they sold some. It was 45% to him! Wow that’s caring. I couldn’t believe it. I felt sorry for this man in his last days, with no children, but he was thinking of his kids and what would happen to them. This is where I love to come and tell his legacy and give every dog their day in the sun. We will see what happens.

It’s my job to tell the story for the seller and their collection. Whether they are sick, just selling, or have passed away and I need to go through and tell their story. As an auctioneer, I have to think of our assets and the legacy of our seller and so what’s best for them and tell their story. This is one part of being an auctioneer that can be hard and rewarding at the same time. I just hate to see and think of all those treasured memories being thrown away for a stack of Benjamins. I have said to a family member before, “What would your Dad do if he was standing hear and heard you say that and seen you guys behaving like this?” I suppose that isn’t politically correct, but come one, this was a human being that owned this, your FAMILY. Hire a professional to solve these problems and have the best out come. Experience, honesty, and sensitivity. That’s what I do. I’ll never forget Toppy Clark after we sold a Cadillac he had for $42,500. “Sell’em Good. You did.” I knew I did my job cause he was buried with my VanDerBrink Auctions hat. That meant a lot to me. We often work with lawyers, judges, and executors to keep the peace and settle the estate and try and keep the kids calm. It always comes out in the wash, but it’s sad when the cars – the “kids” get in the middle of a fight. The worst thing in the world to me, is the sin of Greed.